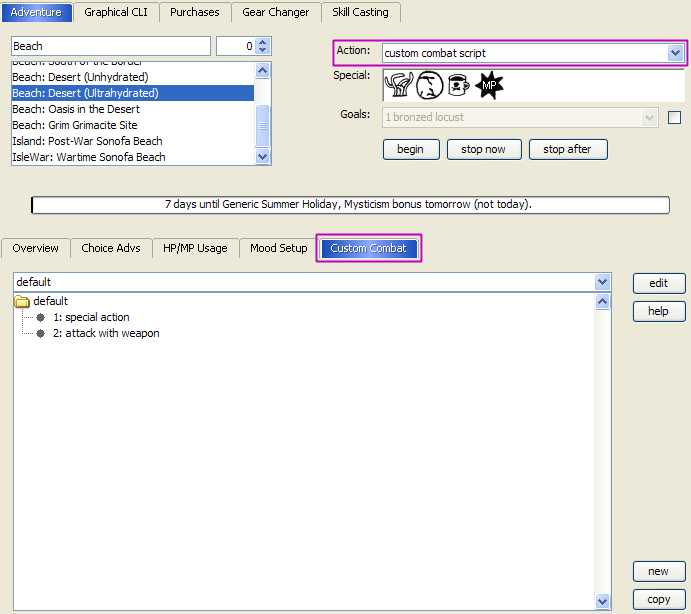 This is what the script does:
When encountering a [default] monster or location, it will do any special action indicated under the Special box, as described in the last lesson. This includes Pickpocketing, or whatever.
On Round 2, it will Attack with Weapon.
On round 3 and beyond, it repeats the last action commanded, which in this case is Attack with Weapon. This continues until you have lost or won the fight.

Note that we have the exact same 'default code' we saw in step 1. Note that [default] does NOT refer to the name of the script. It is simply a header referring to the series of actions it performs against a default monster or at a default location. In advanced scripts you can put in a [monster/location name] with special actions taken against just that monster or while fighting at just that location (Mafia automatically determines which of the two this is). This would be great for casting an elemental spell against a physical-resistant foe for example. For now, don't worry about it.